This Sunday we will observe the Fall Ohigan. Here’s a little background:

Higan (彼岸) is a Buddhist holiday exclusively celebrated in Japan during both the Spring and Autumnal Equinox. It is observed by nearly every Buddhist sect in Japan. The tradition extends from mild weather that occurs during the time of equinoxes, though the origin of the holiday dates from Emperor Shomu in the 8th century.[1] People who normally worked in the fields had more leisure time to evaluate their own practices, and to make a renewed effort to follow Buddhism. Today, special services are usually observed in Japanese Buddhist temples, and Japanese temples abroad, based on the particular Buddhist tradition or sect.

Ohigan services are key services for VHBT, therefore we will need oshoko representatives from each affiliate group. Thank you very much.

We will have a guest minister: Reverend Koyama from Mountain View, CA.

Reverend Koyama will also be joining in with the book club discussion following otoki. Judy sent me this information on the book: 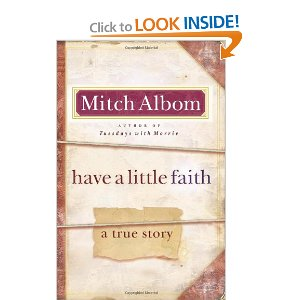 Dale, can send out a temple e-blast about the availability of our upcoming book club book, “Have a Little Faith?”  It can be found on Amazon, or at Barnes & Noble.  I got mine from the one in Marina del Rey, but as of yesterday, they only had one left.  I called around, and there are four copies at the Westside Pavilion, and three copies at the Santa Monica Promenade location.